Another year goes by – and what a year it was!

These annual reviews get harder to do each year: I can’t fit everything in! So here’s some personal highlights. I’ve chosen them based on the sense of accomplishment we felt after all the hard work, as well as your positive feedback.

So without further ado…

Our biggest announcement was our shift over to hosting powered by renewable energy. Up to that point we’d been unable to find datacentres that could support our high-performance servers, while also operating on 100% renewables.

It wasn’t long before our badges started appearing on websites across the world.

Everyone was ‘migrated’ to renewable hosting before we announced it. What you might not have known about was that it involved lots of late nights ferrying servers about..

At least our new datacentres offer a power use effectiveness as low as 1.12. So the fossil fuels burnt during the move have been offset many times over by now… 😜

HostShop – our free WHMCS alternative for Resellers – moved straight from beta to version 2.0: that’s how good we are!

It included a new affiliate system, an updated invoice system and multicurrency support. HostShop Plans meant that you could set up a ‘plan’, e.g., five websites maximum, and your customer could then migrate websites in and out as they wish – without any extra input from you.

HostShop continued to receive many other updates throughout the year, such as making ‘custom’ products (those that aren’t web hosting or domains) more flexible, better reporting and simplifying navigation. Checkout was improved with annual /monthly cart links and on-demand renewal notifications were introduced, at your request.

One of 20i’s founding principles was to not only make web hosting better and easier, but also more manageable. In particular, we want to make managing a large number of websites and hosting packages simpler and more convenient.

So for us, one of the most exciting releases of the year was the 20i WordPress Manager. It heralded the first time a web hosting company had created a tool to manage all your WordPress websites from one easy-to-use control panel.

Like WordPress Tools, 20i WordPress Manager gives you the power to carry out admin tasks without signing into wp-admin. It’s key difference is it’s all about bulk WordPress Management: you can make changes across all the websites in your account at once.

It’s comparable to some good plugins out there, but different in that it’s built into My20i. So there’s no need to worry about updates, security or an extra plugin harming website performance.

As it’s part of our own control panel, it makes it easy for us to respond to your feedback about the tool. So, since June we’ve been working on improving its user interface and adding extra features.

As usual, we expect other web hosts to come up with their own version of 20i WordPress Manager, probably in about a year.

Except it won’t be as good. And they’ll charge for it somehow. 😁

Timeline Backups Pro was another unique service, with features unavailable anywhere else. It would give you the option to back up all your email on all accounts, as well doubling the amount of time that databases were saved for.

We also released the results the Free and Open Source Software (FOSS) Awards. These awards enabled people around the world to vote for their favorite FOSS software, covering categories like communication, documentation, email – and a whole lot more.

Over 5000 people voted, and it was a fantastic way to celebrate the achievements and ongoing hard work from passionate developers around the world. Thanks again!

We were finally able to release our much-requested ‘dark mode’ in My20i. This would help users avoid eye strain, provide better accessibility and reduce power consumption.

It was well received – which were glad about, as it was the result of months of work.

If you’re considering adding a dark mode to your site or app, bear in mind that it isn’t as easy as just changing #ffffff to #000000.

It also gave me the chance to flex my darkest memes, so I was happy.

It was champagne in the sun in August (not literally…).

We were thrilled to win the Top Tier status in the Review Signal web hosting benchmarks, for our WordPress Hosting, once again.

It’s an important award for us, as it’s not just a ‘popularity contest’ or about who pays the highest affiliate fees. Websites are subjected to a battery of tests that simulate high loads, so the award is a good indicator of the overall quality of the web hosting.

A new tool for Resellers was the UK domain saver. It scans the domains held in your 20i account, and compares the prices of renewal against other companies’ domain pricing.

It totals the savings you can make, and provides you with the option to transfer them to 20i, automatically.

Aimed at anyone who needs to work collaboratively on code, GitTM enables you to track and manage code changes and apply them selectively. It’s especially useful in digital agencies and those managing large websites.

The new UI enables web developers to clone, manage and deploy Git repositories without using any other tools. You can keep track of version changes and deploy your code at the touch of a button.

The new Git UI was free to all My20i users.

Much of the latter part of the year saw many changes and improvements in My20i. The best hosting control panel in the world kept getting better, with a strong focus on user experience.

A new Smart Search feature was added to all pages. So that not only will the search help navigate in My20i, it will find domains registered on your account – and even provide suggestions for new domains.

Navigation further improved through adding a list of recently-viewed packages on the My20i homepage, and giving you the option to include links to your ‘favorite’ packages, so they’re easily-accessible.

With the introduction of our free Schema Tool, we gave everyone access to a simple and powerful way to generate JSON-LD schema markup. As well as FAQ, web page, website, and ‘howto’ structured data, it also includes entity and hierarchy markup – something unavailable anywhere else.

While StackCP – the control panel for Resellers’ customers – has always had an automated Google Translate option, we improved on it.

Your customers can now choose a fully-translated control panel language, from French, Hindi, Italian, Polish, Spanish, and US English. These translations rely on technical native speakers, making it easier for you to reach new markets and retain customers. More professional translations are on the way.

I’ll close off with some interesting stats from 2022:

Finally, we want to thank the people that guided our decisions this year: you! Customer requests and recommendations are at the heart of our dev schedule.

Without the business owners, bloggers, designers, agencies and creatives giving us valuable feedback, we wouldn’t have known where to focus our efforts. So I’ll say again: please keep it coming!

Looking forward, we have lots of new things to reveal, many of which we started working on this year: 2023 is going to be great! 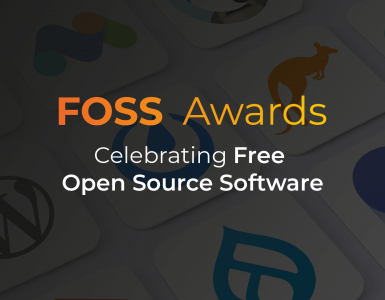 Vote in the 20i FOSS Awards

Where would we be without Free and Open Source Software (FOSS)? FOSS is everywhere, from publishing personal blog posts to managing an entire business, and nearly all of us rely on it for our daily creativity and... 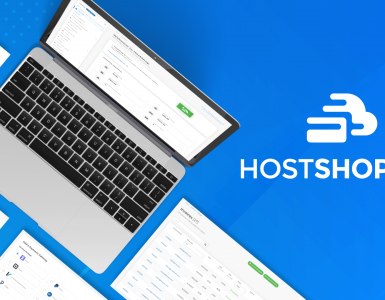 HostShop 2.0 is here, and with it loads of new features and upgrades.  We’re going to look at some of the top features HostShop 2.0 has to offer.  HostShop is a feature-rich billing and automation platform for... 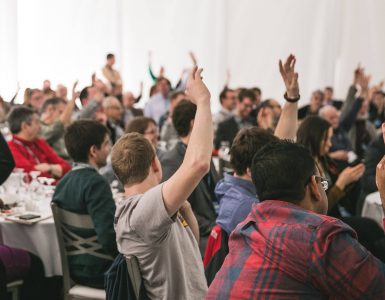 Running an event? Need a sponsor?

Are you looking for a company to sponsor your web design/dev event or group? Get in touch! The 20i Team is grateful for the talented web designers, developers and other techie-types who are our customers. Together...