Last month I spoke to 20i Platform Developer Ricky Hayes about the new VPS, how they’re different, and the work that had to go into creating them.

Hi Ricky – I’ve seen you’ve been busy on a new project lately – care to explain what that is?

Managed VPS – it’s a hybrid architecture of the dedicated resources of the VPS platform, but the machines are configured as (almost!) regular 20i web servers. Your virtual machines (VM) run your – and only your – sites.

The benefits of Managed VPS over Unmanaged VPS are that you can use My20i in exactly the same way as before, except the sites are running from your VPS and not shared. So that includes our CDN, the various security systems, as well as DDoS protection and all the network redundancy.

OK – so we introduced VPS hosting in 2017. Why didn’t we do Managed Virtual Private Servers then?

Developments in our regular shared hosting platform needed to be made in order for the two platforms to be homogenous in terms of their implementation and use.

It wasn’t until we re-architectured our user-restricted PHP systems (and other languages) that we could make the highly integrated managed VPS platform naturally extend from the hosting platform.

What’s so different about the Managed VPS, compared to Self-Managed?

Once you’ve ordered a managed VPS, you can essentially forget about it!

Literally all of the management tools inside My20i for the hosting packages become the same tools you use to manage sites on your VPS. Including migrations from external providers as well as internal platform transfers.

We take care of all software installation (aside from the actual site software itself, but that’s always been the case), configuration and operation. Our support team will be there for you should you have any problems.

What difficulties did you experience when developing these VPS?

The biggest challenges for this project weren’t so much the core Managed VPS platform itself, rather, some of the related services: migrations, platform transfers, graphs.

We wanted the integration to be so tight that it’s almost invisible; this means connecting up every auxiliary service of our standard cloud hosting onto Managed VPS.

I know from experience that we don’t do things by halves: all 20i products and services innovate in some way. What’s so special about the 20i Managed VPS compared with those from competitors?

Well, this is our secret sauce so to speak: you’ll have read about our creative use of PHP-FPM, and we’ve taken this a step further with Managed VPS.

Shared hosting is configured in a special way to allow large numbers of FPM pools for large numbers of users. This isn’t the case with Managed VPS, so the machines have an even better setup for fast PHP execution, with much longer OpCache times and other tuning tweaks.

If I’m on shared hosting at the moment, what improvements might I see if I move to a Managed VPS?

With Managed VPS the server and its resources are all entirely yours.

You can have long-running processes and also things like NodeJS, Django and Rails apps – you simply can’t have those daemons running on shared.

Did it involve lots of trips to our data centers to install the necessary hardware? Are procedures different at the data centers during lockdown?

We’re using the VPS platform which currently has lots of capacity – it is ‘Managed VPS’ after all!

Operations in the DC are that visits must be one person where possible, social distancing (which is very easy in a large empty-of-people data center), copper door handles (!) and plenty of antibac.

This may be a question that’s peeking too far behind the curtain, but here goes: I know it only takes 50 seconds to set up your VPS after ordering one. Is that because you already have a bunch of them set up and configured – like, ‘empty’ ones? Or do they really get created automagically from the ether..?

Every VM is built from scratch.

We never really liked a “warm pool” idea because you have to anticipate specific specs. It’s easier just to create a lightning-fast build system.

How does it work if I want to migrate from 20i shared hosting? Like, do I have to buy a Managed VPS first, and if so, then what? Do you do the migration or is it something I can do in the control panel?

The existing Migration Center will function totally seamlessly for migrations from Heart, FastHosts, WordPress and cPanel. To the outside, it hasn’t changed at all. The Migration Center was previously for 20i Resellers only, but you can now get it with the Managed VPS.

There is no downtime if you move from shared to a VPS 🙂 .

Do you need to be a developer to run a Managed VPS? Could I – who still thinks digital watches are pretty complicated – get along with one?

You don’t have to be a developer to need a Managed VPS. But a Managed VPS will certainly attract developers of certain kinds of apps that our shared cloud hosting can’t support. Those apps being Django/Rails/Node.

If you wanted to run those apps previously we didn’t have an offering, but now we do 🙂 .

Sounds good. Could you explain how IP addresses work on the VPS? I’ve heard something about ‘anycast’ but I have no idea what that means…

The Managed VPS platform is presented through our global CDN. It uses Anycast routing to serve content closest to the end user – so it’s IP addresses will look similar to our cloud hosting, but not identical. All package setups get the correct DNS (just like our standard hosting).

How reliable are they? Will another client’s application be able to crash my server? What if…I dunno…my SSD decides to explode?

The VPS is yours to use as you wish – so if there is some misbehaving software on your VM then it could slow it down. But due to massively lesser contention on the VPS platform, you may not even notice!

Someone else’s virtual machine – i.e., another VM on the same host – cannot affect your VM or its sites. With regard to hardware failures, all the VPS hosts are RAID 10 redundant SSDs, so totally failure is unlikely. We’ve never had a VPS host failure yet.

Why do they have different port speeds?

It’s just another resource for your VPS, like RAM, cores and storage. We don’t limit bandwidth: you get unlimited data transfers for your websites, like with our cloud hosting.

The port speeds on our smallest VPS are more than enough for most websites, but if you’re running many large, complex sites, you might make use of the higher port speeds available on our larger VPS.

Our support team is one of the most-praised parts of the overall 20i service. Now that 20i are offering to manage your VPS, will that impact their workload? Hope not!

They don’t need to learn anything new – they can carry on as normal.

I have a pet robot which can make use of a cloud server. Can I use one for that as well as for websites? Or Minecraft?!

Ehhhhhhhhhh? You don’t get root access to these machines (that’s normal for a managed service). So you cannot install a Minecraft server, or a TeamSpeak server, etc.

Ah, so it would be a Self-Managed one for that, OK.

Thanks for your time Ricky – nice work! You can read more about our new VPS on 20i.com: Managed Hosting. There are many reasons to have an FAQ page on your website and SEO is just one of them. But it has become a tool used by many SEOs to get some FAQ rich snippets displayed in the SERPs or to be shown in the SERPs ‘people... 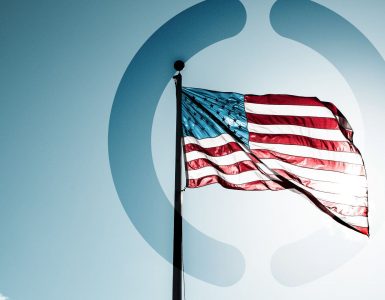 20i launches in the USA

In our biggest announcement for some time, we’re thrilled to reveal that we’ve opened our first data center in the USA! Previously, anyone visiting websites hosted by 20i in the US would make use of our free global... 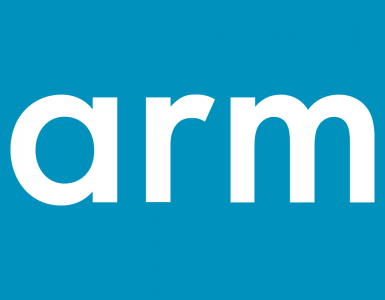 A 20i Platform Developer gives his personal opinion on his latest hardware purchase and the future of ARM. We’re all shopping a little bit more online during lockdown. I’ve recently replaced my trusty old Google/Samsung...