How we got into coding

The 20i team on how they got into coding as a career.

They didn’t start out as coders. But somehow they became them.

For #NationalCodingWeek I asked the 20i Development Team what started them out on their path to become the programmers they are today.

Was it school? Was it a course? An inspirational person…? Were there any common themes?

Read on to see their answers – including advice to those starting out.

Plus there’s some bonus content from 20i customers at the end….

Being on the Spectrum meant something different in the eighties…

“Had a Spectrum when I was kid (about 6/7 years old) and learnt BASIC. Fast forward to University, and I did bits of JAVA and PHP, then after Uni got a job doing PHP.

Then that company went under and I started working for Heart Internet and learned Perl.

Now 20i it’s back to PHP, but I am teaching myself Rust in my spare time (and blogging about it too!)” – Ricky H, Sys Admin.

Wayne J. – who is a front end developer, said, “It was in the 80’s when my eldest brother pestered my parents to get the first home computer into the house. It was a ZX81 with a memory pack. Very quickly I turned my attention to his computer and after must pestering he agreed to allow me to play on it.

I mainly played games with the very little time I got on his machine. Later on he upgraded to a 48k rubber keyed Spectrum [above] and again after much pestering I was able to get time on it to play. Mainly games but this is where the coding interest started of sorts.

My brother used to purchase Crash magazine and there were type-in programs! I watched my brother type them in and sat with him for hours reading things out to him. I had a go myself but hated the Spectrum’s tokenized key press for BASIC commands so took it no further.

Then came the biggie: me and my brothers got the latest Spectrum +2 (007 Bond set) for Xmas and this is where I was able to get large amounts of time on the computer in my room with a black and white TV that was tuned with a dial!

I very quickly started typing in code from the magazines and enjoyed debugging/fixing them when they went wrong. It did not take me long before moving onto creating my own programs and the rest is history…”

Asked about what advice he’d give to someone starting out in a programming career, Wayne responded, “Think of something you want to create. You really need a passion for wanting to see this thing come into being. Once you know what you want to create, set out to create it!

Research the best languages for the job, read some ‘getting started’ tutorials for the language you choose, then try to create what you set out to do.

Don’t go all in watching/reading guides on how to do what you want to create. That’s the route where you learn the least.

Learn the language and come up with your own solutions for the problems you encounter. They may not be the best solutions but you will gain way more knowledge this way.

When you have a better understanding of the language you can look at improving your solutions or look at some of the many open-source ones that will be out there.”

Sys Admin Eliot C. said, “I was first exposed to programming around 7 years ago, as part of my GCSE Computer Science classes; we were required to create applications with Python for coursework.

Through this, I found I had an aptitude for problem solving and expressing ideas through code. I’ve since completed a Bachelor’s degree in Computer Science and plan on pursuing a Master’s degree later this year.

Throughout my studies I’ve written code for fun, competitively, and professionally for 20i. Personally, I believe no other discipline incites the same frequency, or intensity, of those pure eureka(!) moments. The feeling of writing code to complete a complex task, or finally squashing that elusive bug is uniquely satisfying – there’s nothing else quite like it. ”

How did you get into coding?

“I got into coding when I was 15. I knew I wanted to do something with computers like making software but never knew how to get started but someone I was subscribed to at the time randomly uploaded a video on creating a website using HTML. It was very simple but provided a gateway into web development.

After that I started looking to further that knowledge and found Codecademy. I went on to learn HTML, CSS and JavaScript using that website but didn’t really do much after that.

When I was 17, I managed to get an apprenticeship as a developer at a web agency and they gave me a week to learn PHP (using Codecademy) and Laravel (using Laracasts). The week after they threw me straight into working on a real-world project. That’s when I’d say I really started to learn how to code and be able to build projects.”

What advice would you give to someone wanting to start a programming career?

“I think this will vary from person to person but personally I would say use a site like Codecademy to learn a language. Then use something like YouTube tutorials to learn how to create projects using that language.

The practical experience will be hugely beneficial for solidifying your knowledge and learning how others would approach a problem and what tools they use. It will also give you an insight into what you should be learning next.

I might be biased on this though, as I started a YouTube channel recently teaching people how to code and I’m trying to put an emphasis on project-based tutorials as I believe they are the most valuable. There are tonnes of great channels out there for every language and project type from web development, game development and low-level programming.”

Dominic E., Sys Admin, learned a lot on the job:

“Did computing at A level, had to use Python for my course while at Uni (studying physics). Then I needed a job and 20i were hiring, and learnt from W3schools mostly while at work helping customers.”

Another University graduate who came straight to 20i was Ruth T., second-line support:

“Coding always interested me because I find enjoyment in problem solving – it’s a real life puzzle, with solutions that require you to reconsider how you approach and think laterally.”

There were too many answers to include them all – but thanks everyone! Here’s some highlights:

“I was a 14 year old with an Atari 800, typing in basic games from magazines and learning. Then Fortran. Then late 90s and fascinated by HTML/CSS and also learned Perl (anyone still use it?). Then web design/development for family and friends. 2018 retired from being an opera singer and run a little digital media company and being a bit of a nomad. Never been happier.” – Gary S.

“I was coding basic in the early 80’s when I was in primary school, (at home on my Amstrad) then the school BBC, then studied HTML/ASP/PHP at Uni as part of my degree after the birth of the internet. “- Nicola S

“Web guy for my hotel took forever to respond or action updates, so I taught myself Joomla!. Now I have a full stack WordPress agency” – Ed D.

“We had a BBC Micro that tried to program back in the old days. But really started on paid project work with an ASP for Dummies book back in 2000!” – Dave G.

“Decided I wanted to create a website for the Sunday football team that I played for. Could have gone either using Frontpage Express (those were the days!) but decided to learn PHP and learned how to calculate stats, graphs, and all sorts of interesting facts – goals to game ratios, minutes per goal, and lots of data that would make Opta proud!

It was so successful that other teams wanted me to do theirs! 😄 Mad to think PHP is still being used today.” – Sam D.

“A great teacher at Primary school (thanks Mr Nadal) in the mid 80’s, an Amstrad CPC 464 (before a 2nd hand BBC Micro) and a stack of “code your own games” magazines.” – James H.

“To be totally honest no one would do a site I wanted, they wanted to do it their way/design. So I read HTML/CSS/PHP books and worked it out making a LOT of bad mistakes along the way (and still do).” – Kev A.

“Owning a game server that started as a hobby for learning and turned into a peak user count of 2500 online” – John E.

Had a crack at C# (in Unity) before that which ignited the interest.” Andy V.

“My interest started when I was a kid on my C64 and Commodore Amiga. Got into jailbreaking iPhone for fun, following the code, but not knowing what I was doing.

10 years later, I faced redundancy and returned to FT education learning coding best practices, got the “bug” and secured a job as a Web Developer.

Now several years later, I teach Web and Software fundamentals in college to people who are at the beginning of their coding journey. It’s amazing where learning to code can take you…” – Craig B.

And finally…one of the more unusual answers:

So: how do you get into a coding career?

A career in programming can be rewarding. Due to the scarcity of good developers in some fields, it can financially lucrative too.

But no one said “I chose this career because it looked to be highly paid” (although I’m sure that helps…).

Most of the responses mention trying to solve a problem, or just trying to make entertainment for themselves. It seems to me that you need to have a passion for the processes involved, on top of the natural aptitude.

So what would my totally-unqualified advice be?

It’s the same as Wayne’s above: find something that you’re passionate about doing. Have fun: check out our recommended coding games.

Solve a problem, and learn as you go. As Laurent Cozic said, “Pick a project you use yourself and technologies you enjoy working with.”

Of course, I shouldn’t want underplay the value of courses and reference books. They can be a great way to learn specific languages and tools. But make sure that you have a love for ‘coding’ in general first, before you waste your time.

Above all – and great career advice in general – if you can, do what you love. 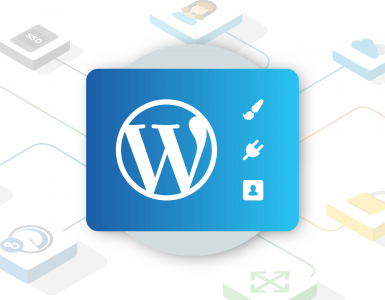 We’re delighted to unveil our latest project: the 20i WordPress Manager. It’s available now for free to all our WordPress Hosting customers with more than one website. 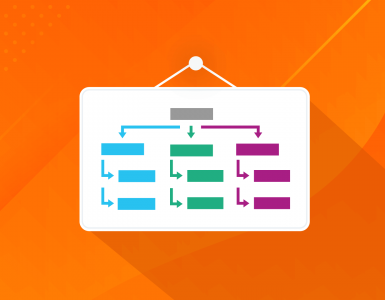 What is a sitemap? A guide

A sitemap is a roadmap to your website. It gives search engines and users easy access to its key pages and content. They can be vital when it comes to SEO success, but how exactly do they work? Why do you need one, and... 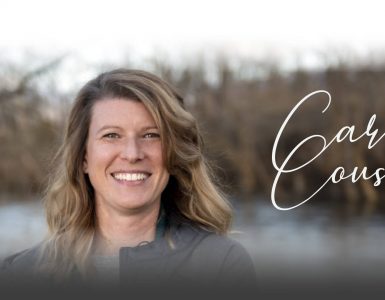