But what is Git? And what makes it so popular with developers worldwide? We’ll answer that question with this Git beginner’s guide.

The short answer is — Git is a version control system (VCS) that simplifies tracking and managing changes made to files. Although it’s commonly used for tracking code revisions, you can use Git for virtually any project where you need to track or manage multiple files.

For example, those with a Reseller Hosting business, or a digital agency may have multiple sites and apps that they’re working on simultaneously. A VCS like Git can be huge advantage for those working on several codebases, helping eliminate errors.

Read on to have Git version control explained, including how it works and its benefits.

Git is an open-source, distributed VCS that tracks changes made to a project and empowers you to restore previous versions on demand. It’s used for version control and source code management during collaborative software development projects.

Git is called a ‘distributed’ version control system since it provides each developer with a dedicated copy of the entire project on their local system. That means each team member has insight into the project’s progress and revision history and can work on it independently.

On the surface, Git operates like most version control systems. But what makes it so effective is how it stores and processes data.

Let’s explore how Git works in a little more detail.

How does Git work?

Git enables users to store, track, and manage code changes to a project using a set of intuitive commands executed from the command line.

Git records each change by tracking the state of the file, which can be any one of the following three states:

Each time you modify a file without committing it to the database, Git changes its state to modified.

Finally, when you commit the changes to your repo, Git changes the file’s state to committed: indicating the data is stored inside your local repository.

Git uses an SHA-1 hash (a 40-character string) to store these data changes. That makes it impossible to change or corrupt stored information without Git detecting it.

That means they store information based on the difference between a file’s previous and current versions. Here’s a diagram to demonstrate how that works visually:

Git version control doesn’t work that way. Every time you change the files inside a project, Git takes a picture of all the files and stores a reference to their snapshots. As for the files that haven’t changed, Git includes a link to the previous file stored.

Besides its unique approach to handling data, Git also stores files locally. That eliminates network latency issues which can slow your development flow.

And if you want to work remotely, you can use a cloud-based Git repository hosting service like GitLab, BitBucket, or GitHub, a service used by more than 94 million developers.

Git vs. GitHub: the differences explained

Git is a local version control software you can download, install, and use from the command line. In contrast, GitHub is a cloud-based repository hosting service that offers all the features of Git besides its own unique feature set, such as a graphical user interface (GUI).

GitHub offers a free plan with basic version control features that let you collaborate on projects remotely. You can start using it by signing up for an account using a web browser or by downloading its desktop version for Windows or macOS.

Although Git and GitHub are closely related, they are owned by different organizations.

Git is an open-source software owned by the non-profit organization, Software Freedom Conservancy. GitHub is a for-profit software-as-a-service offering owned by the Microsoft Corporation.

Wondering which you should use? Here’s a definitive answer.

Git is best used as version control software for local development projects. GitHub is ideal for hosting repos on the cloud and collaborating on projects remotely.

If you enjoy working within a command line interface and primarily work on projects locally, you can use Git. It’ll fit right into your existing workflows. But if you prefer a GUI and work in collaboration with other developers, you’ll feel right at home with GitHub.

Learning a new software like Git can seem intimidating. But it’s worth the effort, since incorporating Git into your development workflow has several benefits.

Here’s an overview of the benefits of using Git.

Git lets you track every change made to a project across the entire development lifecycle. Moreover, it enables you to track when the project was changed, view who made the change, and roll back to an older commit quickly.

One of the best uses of Git, besides version control, is to simplify collaborations between teams. Git lets you create independent development branches and work on different parts of the codebase at the same time.

Whether you work with distributed teams or assign different tasks to developers within a team, Git ensures all collaborators can track changes locally. Your development teams can focus on building solutions instead of worrying about code conflicts.

As a distributed version control system, Git works by saving a dedicated copy of a project and its repository on each system locally. You don’t need to worry about losing the entire project or its revision history in the event of accidental deletion.

Git is an industry-standard tool supported by most major integrated development environments (IDEs) and software development tools. Its ability to support nonlinear development workflows makes Git the preferred version control system for businesses of all sizes.

10 basic Git commands you should know

The git init command initializes or creates a new Git repo inside an existing directory. It’s the first command you’ll use when you run Git. It creates a new project and adds the hidden git directory to store the version control data.

The git clone command creates a local copy of a Git project that exists remotely. It copies all files in the project directory, including the core project files, revision history, and existing branches.

The git add command adds one or more modified files to the list of files to be included in the next commit. Files marked using this command are included in the snapshot of the project’s history when you execute the git commit command to track version changes.

The git commit command creates a snapshot of the project history and changes the state of all staged files to committed. This command completes the version tracking process.

The git status command shows the state of the file or working directory as untracked, modified, or staged. It doesn’t show any information about the committed project history and only outputs the state of files being tracked by Git and the files that have been staged.

The git branch command shows all branches in your local repository. A Git branch is an isolated project within the primary project you can use to test code without affecting the primary codebase.

You can also use the git branch command to add a new branch and remove an existing one.

The git merge command combines two branches or independent lines of development. It’s usually used to merge changes from a branch into the main project code, the master branch, for live deployment.

The git pull command fetches content from a remote repository and updates the local line of development to match the remote content. You can use a pull request to update a local repository when there are multiple developers committing changes to the main branch on the cloud.

The git push command uploads local repo content to a remote repo. It ‘pushes’ or exports commits from a local development line to the remote branches. You should use the git push command carefully as it can overwrite changes in the central repository.

Git is a versatile and powerful tool that increases the efficiency of software development projects and simplifies remote collaborations. We’ve explained the fundamentals of how Git works and the most common Git commands you need to know before using it.

It’s safe to say that everything you can do with Git, you can also do using other version control systems. However, the main difference is that Git makes the process incredibly effortless.

Git provides a centralized repo that stores all project changes and provides each collaborator with their own copy of the repo. As a result, you can continue developing locally while collaborating remotely.

20i offer a free Git user interface with all our web hosting, making it much easier to use. Read more: Git version control comes to My20i. 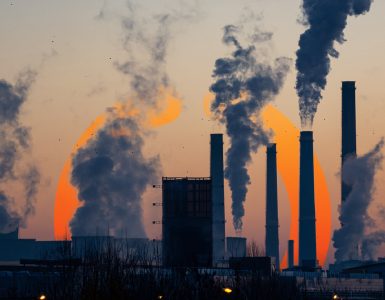 This year’s Earth Day theme was ‘invest in our planet’, so when it comes to our field of work – web hosting – how can individuals make a difference? The obvious answer is investing in green hosting. Here’s why. The... 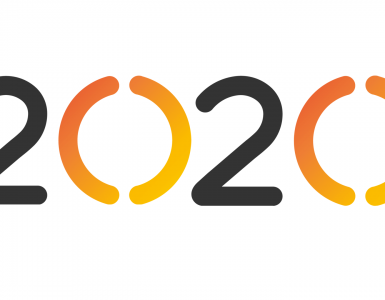 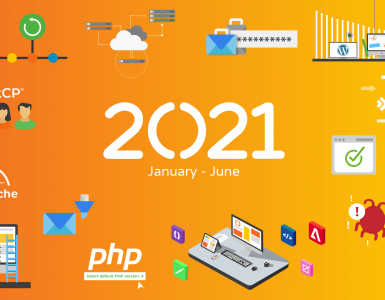 Maddy Osman is a digital native with a decade-long devotion to creating engaging, accessible, and relevant content. Maddy’s journey from freelance writer to founder and CEO of The Blogsmith yielded numerous insights to share about content creation for enterprise B2B technology brands. She wrote her book Writing for Humans and Robots: The New Rules of Content Style based on this experience.