WordPress would be very different without its vast library of plugins. There have been over 1.5 billion downloads of them! But which are the most popular?

Being a WordPress hosting company, we’re in the privileged position of being to able to check our servers and see how many downloads each plugin has had. So I thought it would be interesting to see which plugins were the most popular with our customers, then compare it with the official WordPress figures.

The sites hosted at 20i cover all the uses of WordPress: blogs to businesses and more. So it’s a decent sample from which we can extrapolate the most popular plugins:

Note: these figures only cover installations, not active installations, unlike those on WordPress.org. For example, while users might have used a migration tool to move to us, it may not be currently active for them, but they haven’t deleted it.

The obvious outlier here is StackCache: this won’t be as popular as it seems in the global WordPress user base: it’s a plugin that’s only available exclusively through 20i. That’s why so many are using it!

StackCache is an edge-caching plugin. It speeds up your pages by serving your page from the network ‘edge’ on fast caching servers. Once someone has visited the page, it will load faster for subsequent visitors. It works alongside our free global CDN to ensure that you get the fastest website loading times. If you’re not with 20i, you won’t have it.

Most popular at 20i

Out of the others, what’s popular makes sense to me: contact forms, SEO, site building tools, ecommerce, security and so on. They’re all the kind of ‘universal’ tools that might be used for any kind of site. It’s understandable that they have so many downloads.

A massive 1 in 3 20i customers use Contact Form 7, while Yoast, Classic Editor and Elementor are all very popular.

Comparing them with popular plugins from WordPress

You can see which plugins are the most popular globally by visiting WordPress.org or filtering by the ‘Popular’ tab in WordPress admin. Here’s their results:

It’s not like comparing apples to apples: as noted above, these cover active installations. So they don’t cover plugins that you may have deactivated in the WordPress-admin menu.

* Wondering why so many seem to have the same numbers?

You can’t get exact figures from WordPress: active installations are rounded to the nearest significant digit. So many of the top performers are ‘5 million+’ installations and so on. I’ve ranked those with more reviews higher, if they have the same reported number of installations.

Apparently WordPress do have more accurate figures, but choose not to share them. I wouldn’t be surprised if they did this to avoid it becoming too competitive. They don’t want to encourage the “hire us to give you 1000 active installations a day for $100” people!

The top 10 installed plugins at 20i are very similar to those at reported at WordPress. In this group, the variances can be explained by the WordPress figures not being exact.

Despite its name, this plugin that’s popular at 20i isn’t just used for creating sliders. Like Elementor, it’s a complete site creation solution, with a particular focus on modern effects like animation and video. So it’s popularity may be due in part to the demographics of our users – lots of web designers, and other creatives – who want to create modern-looking, very visual websites.

It isn’t reported on WordPress.org as it’s not available from there. It’s the same with other paid plugins, like Elementor Pro.

This plugin is used to speed up websites, primarily. Due to the various speed-boosting technologies on the 20i platform – like StackCache, optimised PHP, the CDN and Web Acceleration Suite – there’s less need to use it. So it’s less popular with our customers than globally. It also has security features, which are worth looking at if you’re not using 20i secure web hosting.

XML sitemaps have been available in WordPress core since version 5.5 – so it’s good to see that our customers are on the ball and have removed the plugin, if they don’t need it. It could also be because other popular plugins like Yoast provide them too.

A bit of a strange one, this. I’m not sure why this is so popular with our customers when automatic and manual backups are included with our all our WordPress hosting plans. Perhaps it’s just something people are familiar with, even though they don’t need it 🙂 ? Let me know if you know why!

WordPress also offer a different set of information: download stats. These are separate figures from the number of active installations, reported above. You can get to these by going to the plugin’s page on WordPress.org, and clicking ‘Advanced View’.

The number of ‘downloads’ is a bit misleading, as this includes updates. So that plugin that seems to need updating every time you enter the dashboard (you know the one…), will have many more ‘downloads’ than one that doesn’t need to be updated so often.

You can see this clearly with example:

The ‘spikes’ in this chart aren’t the result of a sudden surge in popularity. It will be to do with updates.

So while these stats are useful – especially for plugin developers – they aren’t the best measures of popularity. A plugin with lots of downloads might only have a handful of active installations. It might just update a lot!

Still, they are worth looking at. In the example above, the fact that almost 1.5 million updates were made in one spike in May shows that this plugin has a lot of users. While overall, it appears to have had 181 million downloads. Just note that these ‘download’ figures are not unique downloads of the plugin; it includes updates.

Like most things in life, popularity isn’t always a guarantee of quality.

It may be true that a really poor plugin is unlikely to have a huge amount of active installations. But that doesn’t mean that a plugin with a small number of installations is ‘bad’ in any way.

It may only have a niche use case. Or it could be new and relatively unknown, but still a functional, worthwhile package. It might be more suitable for the way you want to use it than one of the more popular ones.

So don’t feel like you shouldn’t download a plugin just because it’s not popular. If you ever have any doubts about a plugin, it’s worth checking its reviews and doing a Google search on it.

The really popular plugins have a kind of inertia: they’re really popular, so people assume they’re good – and to be fair, they often are! You only stay popular for a long time if you have a decent product.

But there are many good alternative plugins available.

So we’d recommend experimenting with different ones. If everyone only installed the most popular plugins then there would never be any innovation. No new plugins would be developed and without competition, the popular plugin makers wouldn’t feel the need to improve.

So while it’s interesting to look at what’s popular, you should try to find the time to experiment with alternatives: you might find a hidden gem!

Have you found a ‘hidden gem’ plugin for your WordPress website? Or do you have any opinion on the stats above? Let us know below. 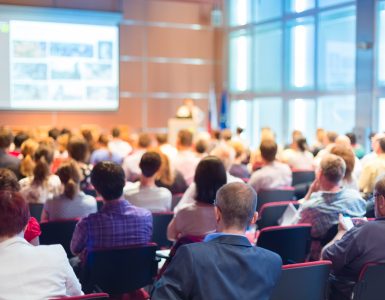 It has been over a year now since we first went in to lockdown and very few parts of our life have not been impacted in some shape or form.  In a normal year, the UK web design events and... 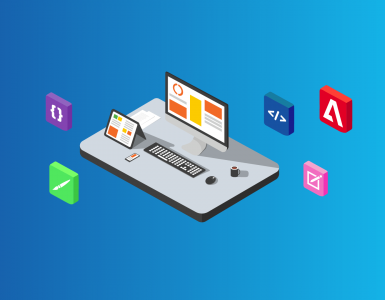 Have your say about being a web designer in 2021 (and win some cool stuff!). 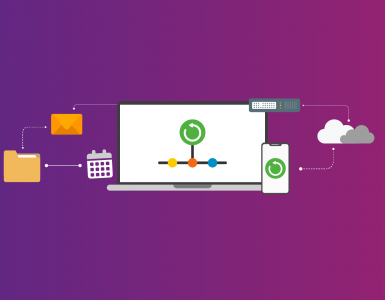 Website and email backups: why you should do it, and how

Even the best of us make mistakes. And whether it’s the accidental deletion of a file, adding the wrong plugin or exposing yourself to a hack, websites are easy to break. In the event of one of these mishaps, a backup...

How to personalise your WordPress admin experience

How to move your site from HTTP to HTTPS